Real Reasons Why a Contract May be Unenforceable

I have recently been contacted by several solicitors in respect of the British Columbia Court of Appeal decision Griffin v. Martens, 1998 CanLii 2852 (BCCA).

By virtue of Griffin it has been suggested, and the writer does not agree, that if a condition precedent is boldly subjective it may render the entire contract unenforceable.

In Griffin the question in the appeal turned on the meaning of the following italicized clause in an interim agreement for the sale of land:

SUBJECT TO PURCHASER BEING ABLE TO ARRANGE SATISFACTORY FINANCING ON OR BEFORE FRIDAY, MAY 31, 1985, AT 6 P.M. THIS SUBJECT IS FOR THE BENEFIT OF THE PURCHASER AND SHALL BE REMOVED IN WRITING ON OR BEFORE 6 PM. MAY 31, OTHERWISE THIS OFFER IS NULL AND VOID.

The italicized clause is one which, in one form or another, is all too common in Manitoba real estate transitions.

There are real reasons why a contract may be unenforceable, void or voidable (illegality, unreasonable restraint of trade, minor, drunkard who promptly avoids a transaction upon sobriety) and thereby,  notwithstanding any application of severability, revocable; however in my opinion a boldly subjective condition precedent like the one written in italics above is not one of those reasons, nor should Griffin be used to support an opinion contrary to mine.

When reference is made to Griffin attention should be paid to the decision of Gordon Nelson Inc. v. Cameron, 2018 BCCA 304 (CanLII) in which the British Columbia Court of Appeal states:

"the case [Griffin] deals with a particular contract, does not lay down any general rule applicable to all financing conditions, and, expressly, does not purport to construct a contract for the parties to it. The case explicitly recognizes the right of parties to reach their own bargain. The most that can be said as a general proposition, in my opinion, is that the principle of good faith imposes a general duty of honest performance in all contracts: Bhasin v. Hrynew, 2014 SCC 71".

(a)       an accepted "option" supported by consideration and thereby it is an "option given for valuable consideration" and is irrevocable (Friedman, "The Law of Contract in Canada", Sixth Edition, Carswell, 45) unless the parties bargained otherwise to permit revocation in certain circumstances; or

(b)      an accepted "offer" and thereby a contract and like an option, is also irrevocable (Friedman, The Law of Contract in Canada, 45) unless the parties bargained otherwise to permit revocation in certain circumstances.

Importantly, irrespective of the subjective or quasi-subjective meaning of "satisfactory", use of the word "satisfactory" within a purchaser's condition pursuant to an accepted conditional real estate sales "contract", whether it be an accepted option or an accepted offer and thereby a contract does not mean the "contract" is revocable and unenforceable but rather it means there is an implied term whereby there is a general duty of honest performance (Griffin, Gordon Nelson, Bhasin) which is a standard less than the standard of "best efforts" referenced in Griffin which decision is now distinguished by Gordon Nelson.

Mortgage Sale and Foreclosure Proceedings....before you do...

Mortgage in default ? Acting on your security ? Before you do be sure to review the Rules For Mortgage Sale and Foreclosure Proceedings Under The Real Property Act before you submit a Notice of Exercising Power of Sale for registration.  The rules are available here: https://www.tprmb.ca/tpr/rg_directives/msfp_rules.pdf   Note, unless the default under the mortgage is a default of principal, interest, taxes or insurance premiums you will need to make a court order declaring the mortgagee may proceed with the sale will be required before an Application for Order of Sale is made to the land titles office.

I was recently involved in a transaction where I represented the purchaser of a parcel of land. In the normal course, the vendor’s lawyer prepared the Transfer of Land.

Given the large value of the parcel and the nature of the series registration, the problem Transfer of Land was submitted with (multiple Transfers of Land, a paper title, a deceased party, discharges of existing registrations, blanket mortgage in excess of $10million across residential, farm land, commercial and residential multi-family properties), the Transfer of Land was not rejected.

The "rule" will also apply when registering a Mortgage.

Posted on May 7, 2014 by Jason Bryk
Posted in: Lenders And Borrowers

Investors Group has announced a 3-year mortgage rate at 1.99 percent! The summer real estate market is starting to heat up! Comparing monthly mortgage payments, the 1.99 percent could save you a tremendous amount of money!

Posted on April 28, 2014 by Jason Bryk
Posted in: Lenders And Borrowers 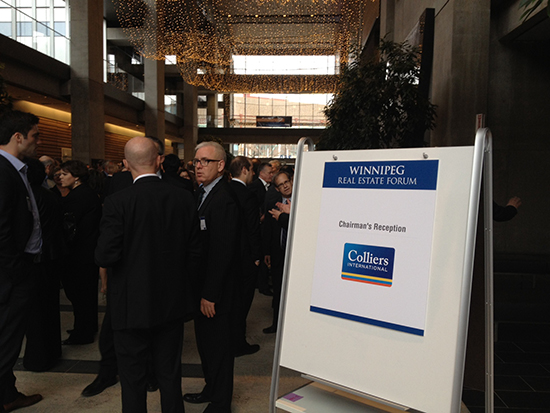 Information and insight into the Winnipeg and Manitoba real estate sector, and real estate law in Canada

Current developments in finance in Manitoba